Solving the Technical and Economic Challenges to Reprocessing VRFB Electrolyte 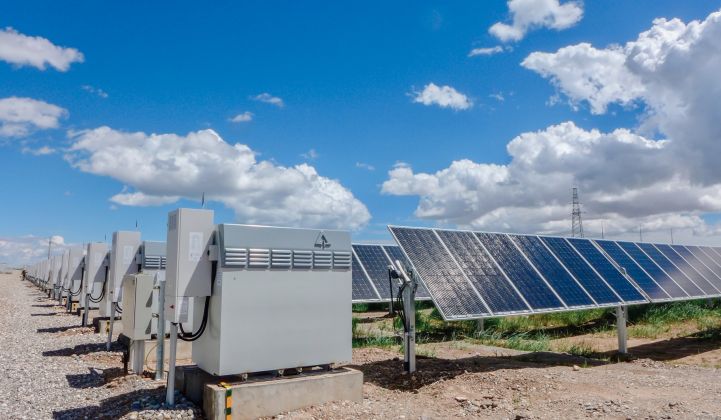 Solving the Technical and Economic Challenges to Reprocessing VRFB Electrolyte

One of the most promising energy storage technologies that can expand the use of large-scale renewable energy systems is the vanadium redox flow battery (“VRFB”).  This rapidly commercializing technology allows intermittent renewable energy systems, such as solar and wind power, to store power very efficiently so that when the sun isn’t shining, or the wind stops blowing, the system can continue to deliver reliable and high-quality power until the sun is shining and the wind is blowing again.

VRFB systems promise to revolutionize the pace and magnitude of how we provide clean and low-carbon energy to the world.

Recycling of Electrolyte from VRFB Batteries

Let me start by noting that my company, US Vanadium LLC, has successfully completed the recovery of vanadium from electrolyte in our production facility in Hot Springs, Arkansas, and can validate the success of this process.

The best possible solution for recycling electrolyte is to fix problems with the electrolyte that can develop over the system life.  For example, solids that can precipitate over years of operation can be removed using ultrafiltration. If the balance of valence is off between the anolyte and catholyte, some of the 5-valent solution could be replaced with new electrolyte (at a valence of 3.5) to return it to a balanced state. If a battery is being decommissioned, this is a good idea because the electrolyte is worth more than just the value of the vanadium it contains.

If there is no demand for electrolyte at the time of decommissioning the battery, the electrolyte would need to be reprocessed using an appropriate vanadium production facility.

Reprocessing VRFB Electrolyte in the U.S.

There are several alternative pathways to reprocessing VRFB electrolyte.

It is unlikely that any vanadium facility currently has a “spare” tank capable of storing spent electrolyte, so capital would be required for a storage tank or for enough extra totes for plant site storage. The electrolyte would be assumed to be typically around a net valence of 3.5, so oxidation of the vanadium would be required. Tests in US Vanadium’s lab have indicated that the vanadium can be oxidized to 5-valent in an acid solution by use of sodium hypochlorite (bleach) or sodium chlorate at temperatures around 65 C.  Oxygen gas may be effective as well, but it may require pressure digestion, which has high capital and operating costs. 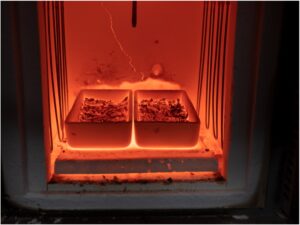 US Vanadium conducts a test of vanadium feedstock roasting.

Facilities that roast feedstock could elect to add the electrolyte to their kiln.  However, challenges to this approach include the corrosive nature of the electrolyte and the relatively large volume of sulfuric acid it would add to the kiln’s off-gas.  If the facility has an alkaline leach circuit, the vanadium could be oxidized using air (caustic leach only) or hydrogen peroxide or bleach.  Care must be taken when using bleach in an alkaline leach to prevent the generation of chlorine gas. Hydrogen peroxide is not very efficient for this process, so a fairly large excess must be used, and it is a dangerous reagent to store. Any facility willing to process this would need to install an oxidation circuit and purchase a suitable oxidant.

In a typical vanadium plant that uses an acid leach, the electrolyte can be added to the leach and most likely displace some of the acid requirement. However, the chlorides added to the circuit by the oxidant required for the electrolyte will increase corrosion in their circuit and could build up to intolerable levels in a zero-discharge circuit.

In plants roasting magnetite ore, the electrolyte could be oxidized and then added to the alkaline calcine leach. However, these are all zero-discharge facilities and the sodium sulfate crystallizers on their effluent recycle would experience a high level of corrosion. However, if the VRFB can be used to oxidize all the electrolyte to 5-valent, it would not only eliminate the requirement of an oxidation circuit, but it would also eliminate the chloride problems as well.

The US Vanadium plant in Hot Springs has an alkaline leach circuit, so if the oxidized electrolyte were added to this circuit, additional alkaline reagent would be required to neutralize the acid contained in it. It would be preferable to add the electrolyte after the leach. However, this is prior to the solvent extraction (SX) circuit, where negatively charged vanadate ions are loaded onto a protonated tertiary amine. It is important to oxidize all the vanadium prior to SX because reduced vanadium forms a cation that cannot load on the amine. Unfortunately, any excess oxidant (from oxidizing the electrolyte) will degrade the amine, as it will oxidize it to a useless secondary amine. The excess oxidant must be neutralized by a mild reductant, such as sodium metabisulfite. Care must be taken not to add too much and reduce some of the vanadium. 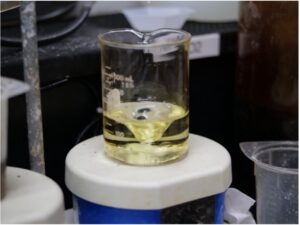 After the leach and solids separation in all vanadium plants, there is a vanadium precipitation step (ammonium metavanadate, ammonium polyvanadate or vanadium red cake) followed by a calcination step, usually to produce vanadium pentoxide. The expenses for these steps must all be borne by the vanadium from the electrolyte.

One of the advantages of recycling spent electrolyte is that the vanadium is already in solution. Typically the largest losses for any vanadium producer come from solubilization losses, for which the electrolyte will not have any losses. At US Vanadium we will also lose about a percent each in our solvent extraction and vanadium finishing circuits. Combine these with another 1 percent loss in getting the electrolyte into and out of the totes, then the overall recovery of vanadium would be about 97 %. This is the highest recovery of any of our feed materials.

Mixed acid electrolytes would prove to be a big problem for most, if not all, vanadium producers. The HCl used would add even more chlorides to their circuit than any oxidant would. If nitric acid is used in the electrolyte, it would cause a build-up of nitrates in any zero-discharge plant and nitrates in their effluent would be a problem for any other plant.

In summary, the non-mixed acid electrolyte can be processed at most vanadium production facilities with a Delivered Duty Paid (“DPP”) value of about $2.00 per lb. V2O5 in today’s market, provided there is enough volume to off-set capital costs.

Mike Woolery is a a Rensselaer Polytechnic Institute chemical engineer who has been working in the vanadium industry for over 40 years. Mike has designed many plants for vanadium extraction and has developed processes for making new and existing vanadium chemicals. Mike was also the author of the Vanadium Compounds section of the Kirk-Othmer Encyclopedia of Chemical Technology, Fourth Edition.