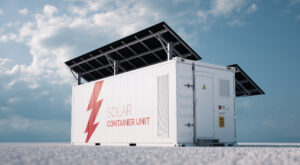 More than 90% of all Vanadium today is used as an additive to high-strength steel. But demand is rising for Vanadium in high-purity oxide forms and in other specialty vanadium chemicals, particularly for applications in aerospace, air and surface transportation, refining, chemical and catalysts, and large-scale energy storage. 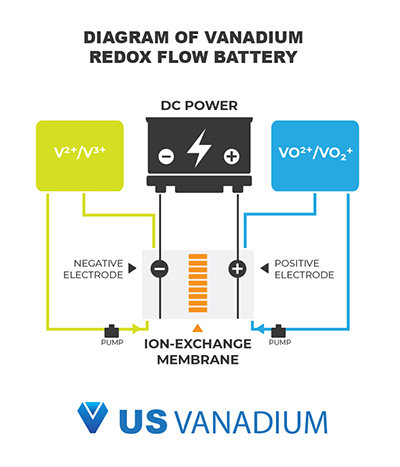 Vanadium Redox Batteries (VRB) are a good case in point.

VRB batteries, sometimes called Vanadium Redox Flow Batteries (VRFB), are rechargeable batteries that take advantage of the fact that Vanadium ions in different oxidation states can efficiently store chemical potential energy. VRBs allow for an almost unlimited energy capacity, can be discharged to very high percentages without damage, have very long cycle lives (at least 15,000-20,000 charge/discharge cycles), and can remain unused for long periods without permanent affects to the system.

All of this leads to a relatively low levelized cost of energy compared to other large-scale battery systems, such as lithium-ion batteries. VRBs also are an effective means of providing cost-effective load balancing to large-scale electricity distribution systems. Not surprisingly, electric utilities and other power providers are intensely interested in deploying more VRBs across their systems, particularly as a means of supporting increased utilization of intermittent electricity generation systems, such as wind and solar power.

VRBs utilize high-purity V205, such as that sold by U.S. Vanadium, and current consumption of V205 by VRB manufacturers is estimated to be in the range of 3,000 to 4,000 MT per year. How much could that grow? Several VRB companies have indicated that their combined annual demand could be in the range of 20,000 MT V205 as early as 2020.